The Market’s First Choice for a Partner in Transportation 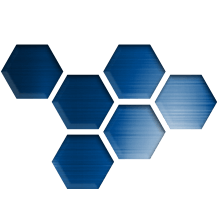 Summit Body is 100% employee owned, one of only about 8,000 businesses in the country to achieve this incredible feat. Under an Employee Stock Ownership Plan (ESOP), Summit Body’s employees receive company stock each year. That means each and every one of us has a vested interest in the profitability of the company, and keenly realize that what we do on a day-to-day basis can affect us all. We’re in it together, and we take pride in our work.

At the end of the day, for all of us, it’s more than just a job. 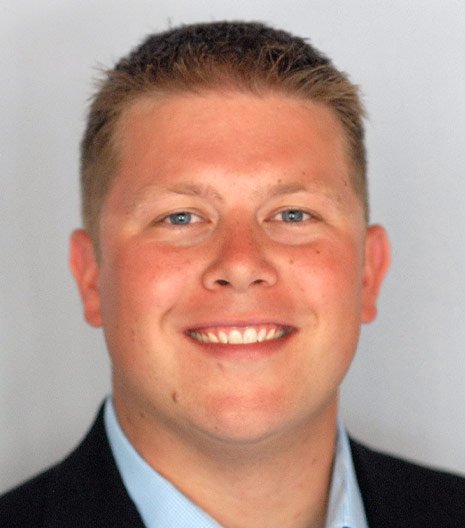 Ted brings over a decade of progressive industry experience to Summit in roles ranging from sales and leasing to manufacturing and operations management. The contagious excitement and endless energy he possesses were what prompted the founder of Summit to bring Ted onboard in 2013 as General Manager. In 2014, he assumed the role of Chairman and CEO and was responsible for leading the full ownership transition to an employee-owned company. Ted has aggressively expanded Summit’s sphere of influence in the Greater Northwest.

As CEO, Ted is accountable for providing the Company Vision, developing and overseeing a high-performing executive team, and delivering on Summit’s promise to customers and shareholders. He leads by expecting nothing less than the highest performance from the employees and himself. He believes that a successful Summit has a culture that fosters candid advice and input from all levels of the organization. Ted holds a Bachelor of Science in Business Administration from the University of Oregon.

Ted and his wife have two young children. When he isn’t chasing them around the house, he enjoys a few days of golf each year at Bandon Dunes on the Oregon coast, a good California Cab and a Speyside Scotch. Ted and his wife are longtime supporters of the Oregon Ducks. 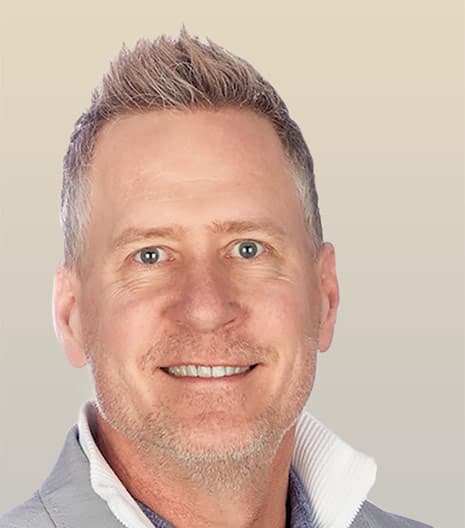 Director of Operations
Portland, OR

Jeff has a Bachelor of Arts from Oregon State University in Business Administration with an emphasis in Marketing and International Business with a minor in Japanese. He spent the first half of his career in private golf country club marketing and operations and later returned to OSU to complete his MBA in Management. Jeff is also Lean Six Sigma Master Black Belt certified to back up his passion for operational optimization.

In his free time, you will find Jeff on the golf course in the summer and on the mountain skiing in the winter. 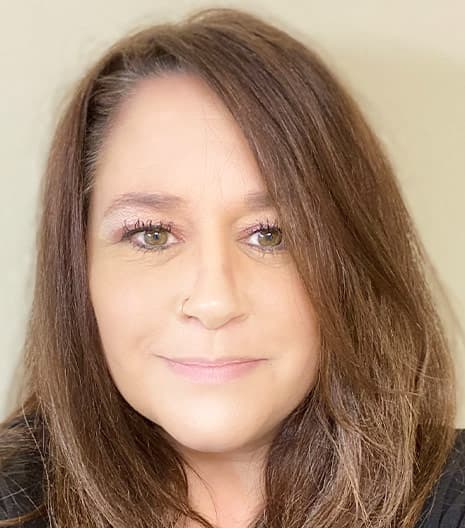 Katie is Summit’s most tenured team member. She joined Summit in 2012 and has progressively assumed increased responsibility throughout the Company’s blistering pace of growth. Katie is both a customer and employee advocate as a longstanding member of the Board of Directors. In addition, she has successfully held roles in office administration, sales and estimating, accounting, human resources, and payroll.

As Corporate Office Manager, Katie is responsible for credit, payables, payroll processing, tax document preparation, and maintaining the flow of information between our Portland and Kent operations. Her care for both employees and customers alike translate to a direct approach to problem solving and invaluable recommendations to management. These contributions make her an unwavering example of Summit’s Core Value of Integrity. Katie is continuing her educational pursuits, currently working towards a certification in business accounting through Clackamas Community College.

Katie and her husband live in Oak Grove, Oregon and have three adult children, and two grandchildren. Katie’s ideal weekend involves doting on her grandkids, spending time at the beach on the Oregon Coast, or target practicing in the Northwest’s great outdoors. 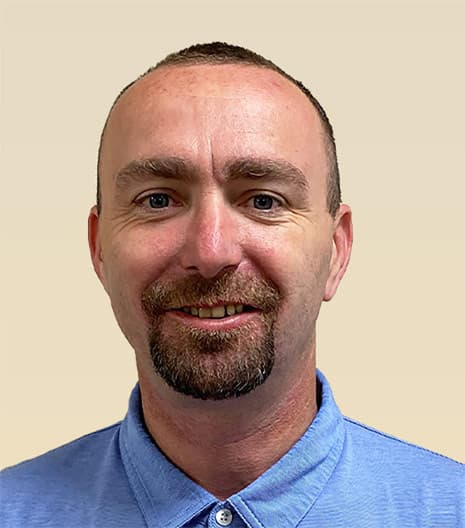 Throughout his career, he has displayed a consistent ability to earn the respect of his teams through a Do Whatever It Takes approach, one of Summit’s Core Values. Mike is passionate about developing talent from within the organization and will provide the mentorship of employees required to scale at Summit’s rapid pace of growth. Mike will continue to build upon Summit’s proven processes centered around value stream mapping, lean manufacturing, and continuous improvement to maximize capacity while maintaining Summit’s high standards for quality.

Mike is a native to the Pacific Northwest, growing up in Spokane, Washington, but making Vancouver his home for the last twenty years. He enjoys spending time with his wife, kids, and several grandkids, usually with some amazing BBQ. On a sunny Northwest day, you’ll find him carving up a winding road on his Harley-Davidson. 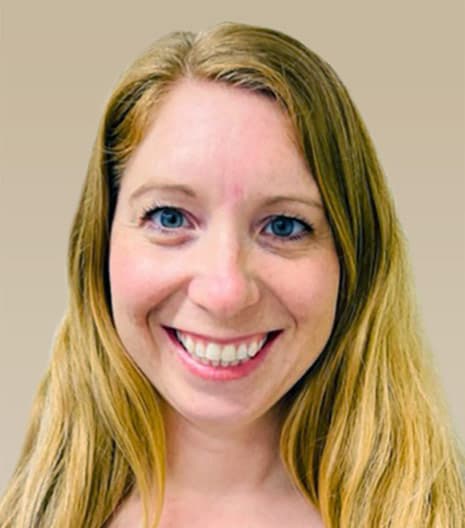 Katie brings over five years of progressive industry experience in buying, procurement, and supply chain management. This includes multi-site management in high-risk, fast-paced, and highly regulated operations across a variety of industries. Katie’s personal core values are closely tied to Summit’s, and she’s a key figure in pressing forward to unleash the Company’s full potential.

As Purchasing Supervisor, Katie is responsible for vendor relationships, supplier negotiations, inventory control and material cost containment. Given Summit’s tremendous growth, she is also tasked with developing standard operating procedures within the department as it scales in both people and assets. She is accountable to senior management for forecasting major material price and lead time in the near-and-long term, and adjusting budgets tied to output targets. Katie graduated with a Bachelor of Science in Cellular and Molecular Biochemistry, which has translated to invaluable skills in memorization, analysis, and following strict scientific processes – all critical to success in procurement.

Katie and her husband have two young kids. Her family practically lives outdoors on the weekends hiking, snowboarding, gardening, and sailing on their twenty-two-foot Catalina. They also enjoy attending a few Seahawk and Trail Blazer games each season. 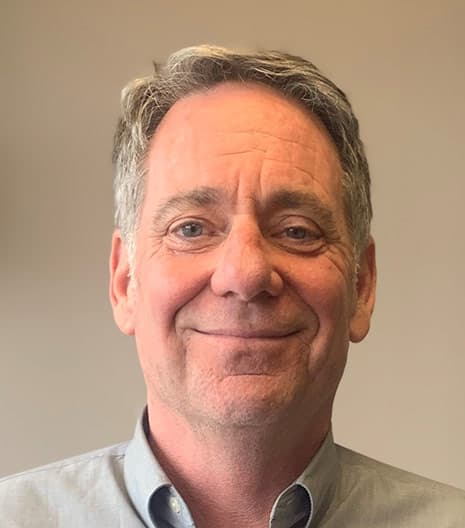 Robert brings over thirty years of experience selling van bodies in the Pacific Northwest. He believes strongly that his longstanding relationships are a direct result of seeing customers and business partners regularly and personally. Joining the team in 2019, Robert’s years of industry experience have garnered invaluable relationships with salespeople, dealerships, and end users alike.

As Territory Sales Manager, Robert continues to build and maintain relationships, investigates warranty claims, and informs customers about new developments with Summit’s products and services as he travels extensively through Washington, Idaho, Montana, Alaska, and parts of Oregon. He considers himself a customer advocate who understands both the manufacturing process and the needs of the end user and is well skilled at bridging gaps in between. Robert holds a Bachelor of Science in Business Administration from the City University of Seattle.

Robert and his wife live in South Seattle and share four grown children and two grandchildren. He is passionate about sports, was a Junior High Basketball and Little League coach, and a boisterous fan of his children’s teams. He looks forward to seeing his grandkids develop their love of sports as well. Robert is a longstanding fan of the Washington Huskies. 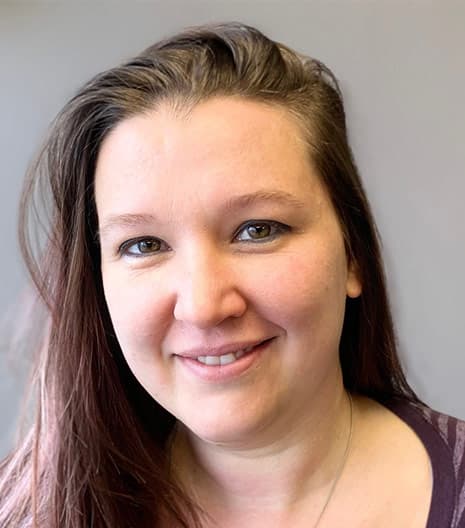 Alex joined Summit’s team during the acquisition of our Seattle area service center at the start of 2021. She has been a fixture in Seattle area commercial trucking for nearly two decades. Her experience ranges from office administration, parts, insurance claims and accounting to human resources and operations. The autobody industry knowledge she possesses is a direct result of her exposure to, and responsibility over, nearly every facet of the service and repair business. She assumed the role of President at National Truck and Paint Specialists, which she operated for several years prior to joining Summit.

As Corporate Office Manager, Alex is responsible for a wide range of administrative duties, from accounting, tax compliance and payroll to companywide recruitment, engagement, and safety programs. Alex has a passion for customer service that has been the driving force in her success. This commitment has translated to industry partnerships that have stood the test of time. Alex holds Bachelor of Arts in Philosophy/Religious Studies and Asian/Pacific Studies from Central Washington University.

Alex and her husband have two teenage boys, and a small pack of Labrador retrievers. She has a thirst for travel and adventure and hopes to step foot on every continent. Alex enjoys participating in community building and service activities, macrame and painting, and meandering through museums.

Mike brings over thirty-five years of progressive transportation experience to Summit’s Kent operation. His emphasis on customer service began in the beverage industry with him selling to local bars and restaurants. He moved on to installation services and was part of the team that stayed intact when his employer was acquired by Columbia Distributing. During his time there, Mike became a supervisor, and was eventually promoted to the Fleet Manager of their Washington-based fleet.

As Operations Manager, Mike is responsible for customer service, scheduling, and ensuring repairs are completed on time to the Company’s quality standards. He is an expert estimator, allowing customers and Summit’s employees to have complete confidence in the time allotments for the repair work we perform; only a lifetime of experience can produce that kind of accuracy. As such, Mike has unique insight to the needs and priorities of Summit’s customers. Perhaps most importantly, Mike is responsible for the training and coaching of the shop supervisory staff, and ensuring they provide a work environment that aligns with Summit’s Core Values and culture.

Mike and his wife are longtime residents of Tacoma. He spent sixteen years as a youth soccer and baseball coach, instilling in his daughter and two sons the importance of teamwork. In his spare time, Mike enjoys visiting with his three grandchildren. 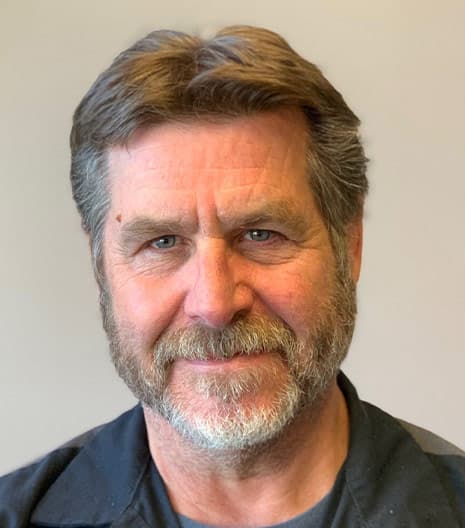 Trent has a lifetime of experience in autobody service, repair, and paint. He began his career working for his family’s full-service autobody business where he gained hands-on knowledge, assisting with the wide variety of repair work on any make or model of vehicle. Trent found a passion for painting, eventually working as a lead painter in a repair facility in Alaska, before becoming a Grade A Painter at the Kenworth factory in Renton, WA.

As Service Supervisor, Trent brings a lifetime of knowledge to all aspects of the business, from box repair and body and prep work to paint, and most importantly, a keen eye for quality. Recently transitioning out of the role of lead painter, he’s recognized both the necessity and importance of being a cultural leader and coach as he’s promoted a new lead painter from within the ranks. As a growing concern, he also understands that we create value by keeping our time commitments to our customers and is using his experience with systems to track and report allotted and allocated time.

Trent lives with his longtime girlfriend, and his adult daughter and grandchildren live nearby. He enjoys spending time with his family in the outdoors, camping, and fishing.

Fill out the form for a quick response. You can also reach us by phone or e-mail.

We look forward to working with you.

You can also reach us by phone or e-mail: